The year 2016 marks the 13th anniversary of WordPress, from its cradle days in 2003 to all these years, WordPress has surely come a long way in emerging as the most popular CMS pick for online platforms, especially for the blogging platforms. With its awesome free premium WordPress themes for almost any industry, WP is a predictable favorite for people looking to make their footprints online, regardless of their trade. Over time, the WordPress CMS has evolved beautifully with a multitude of WordPress Themes, widgets, WYSIWYG editing and more. Now here pops a vital question? So, what lies in the future of WordPress? Will it still be able to maintain its stronghold as the most popular CMS?

Well, yes, every big dynasty had an expiration date but then that doesn’t necessarily mean that it would be the same fate for everything. If WordPress keeps on evolving in tune with time, the way it has shown with its WordPress Templates, themes as well as plugins till date- it can be safely assumed that the future is actually bright for our favorite CMS platform. In fact, it must be mentioned here that there isn’t any one single person developing the WordPress but you have a bustling community of professional and passionate developers behind it. There’re umpteen numbers of both large and small businesses using WordPress & they are quite active in WP community. With so many investing passionately in WordPress, with so many believing in WordPress, the bustling WP community is consistently geared for further betterment of the widely favorite CMS platform to meet and exceed the user expectations, no and in the years to come.

The article below offers an insight on what avenues WordPress team would be taking to keep it relevant to the market demands with time. 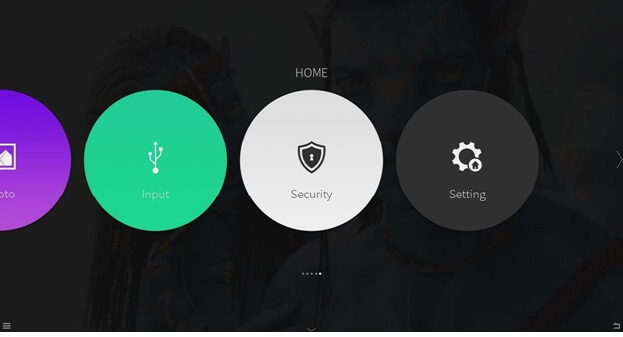 It’s a digital world today; the digital consciousness is fast extending to the nontech-savvy populace as well. Such a situation demands a better and more convenient UI for a CMS which can be easily handled by the non-tech folks to power their online platforms and the WordPress team is contemplating in a similar line as well. So, in the years to come, we can definitely expect a simpler and better UI for the WP CMS. In fact, WP co-founder Mike Little has also expressed his team’s progressing efforts in achieving better UI with WordPress to cater to people less tech-savvy.

The point is especially important because WordPress’ rival CMS companies have already started on with easier UIs for the average online users. While the WordPress team is focused on offering advanced functionality for power users, it’s also geared to make the entire experience not so harder for average users.

No change to backward compatibility

In the words of celebrated WordPress developer Matt Mullenweg, the biggest strength of WordPress lies in its backward compatibility while again it’s WP’s “biggest albatross”.

It’s the CMS’ platforms backward compatibility which enables the developers to feel confident while building the WordPress Themes, plugins, and extensions as they are aware that the future changes in WP won’t be breaking their code. In fact, this is one of the main reasons behind WordPress’ widespread adoption. No wonder, the WP team is firm on not making any big change with the backward compatibility feature.

When WordPress’ chief contender Drupal changed the backward compatibility of its platform, it actually miffed the developers and users. It’s the backward compatibility which makes WP more reliable – the WordPress team might make some incremental changes but it’s never going risk anyone, which is one of the main reasons behind its massive popularity. 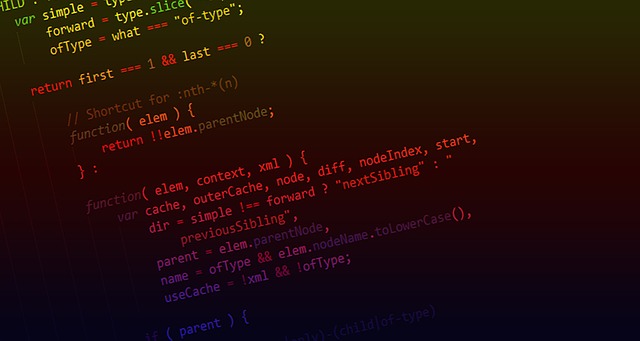 According to WordPress developer Mark Jaquith, the WordPress team is looking forward to come up with solid JavaScript makeovers to maintain its stronghold in the years to come. The point is especially important at a time when WP’s chief competitors are already offering great JavaScript-based used interfaces before whom the WP admin is looking dated.

Yes, it’s true that WordPress is primarily made for blogging but over time, it’s going to have a more generalized application across the web world. By now, it’s not just limited to blogs but a good host of e-commerce sites, magazines, membership sites, forums, enterprise services and mobile applications are taking to WordPress and the volume is going to enhance at a rapid scale in near future.

Now, some might ask whether such a generalized use would hamper WP’s identity as its specialized platform for blogging, especially in the competition against strictly specialized CMS portals with clear use-case & clear user-base. But then again, according to tech pundits, WordPress does have the power to retain its specialized identity despite being increasingly adopted for other web portals, added to blogging.  In fact, according to the market experts, this generalized application of WordPress only proves its strength & not weakness. Yes, WordPress can be the CMS platform for just anything yet there are themes & plugins that can turn it to specialized tool any day. 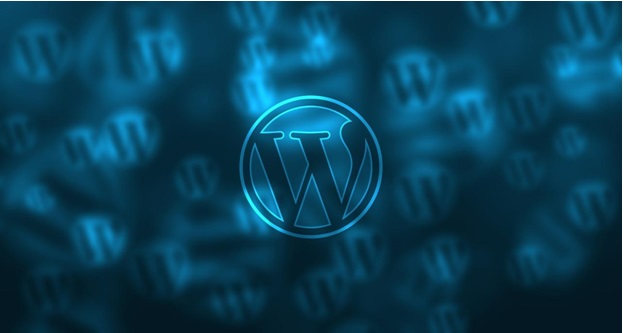 This discussion about the future evolution of WordPress would remain incomplete without the talks of implementation of REST API. REST API, the acronym for “Representational State Transfer Application Programming Interface” extends opportunities to recover pure data (in JSON mostly) over HTTP without loops. It carries the great potential to transform how users traditionally query database & display the contents. WP is gearing fast to embrace REST API, something that the whole community and WordPress experts are waiting for with great excitement. According to leading WP developer Rhys Wynne, WordPress API development signals the most crucial zing happening the WP world right now. In his words- “If it actually happens, the users can build the WordPress websites entirely separate from WP. It will enable you to come up with amazing apps which can easily integrate with the WordPress and that too way deeper compared to what it is at present. You will also have customized admin interfaces.”

In case, WordPress actually embraces this new development, the users are going to reap the benefits in a number of ways:

The approach of plugin-driven development introduced by Matt Mullenweg has been duly embraced by the WordPress team and the trend is to continue in full plan in the future years as well. The process counts on developing any new feature for the CMS as plugins initially till it reaches enough maturity to get integrated into WP itself. The plugin quotient allows the WP team to have an effective test on the functionality of the feature prior to integrating into WordPress core, a safe and smart way to do things. In fact, the plugin stage for new features paces up the development cycle & helps to avoid the difficulties of creating things directly.

Premium plugins are going to rule

It is predicted that WordPress plugins are going to rule in near future over the premium themes. According to the tech gurus, it isn’t wiser to cram in every functionality into the premium themes & premium plugins are better at handling functionality of themes. The current era has got WP plugins developed by talented pros, are presented professionally & marketed & the plugin makers seem to be developing potential business models. A certain WP plugin named “Visual Composer” has been bought 27,000+ times at 30 USD a pop. It even rivals the very success of the most ubiquitous and popular WordPress themes.

English is no longer the only language over the internet and the non-English speaking circle is steadily making its way into the virtual world. Keeping that in mind, the WordPress team is looking forward to internationalized plugins that would cater to the market beyond the Anglosphere. In fact, the WP translation project has already included themes and plugins are to be included soon. The good thing is that language packs would be extended to plugins in near future. 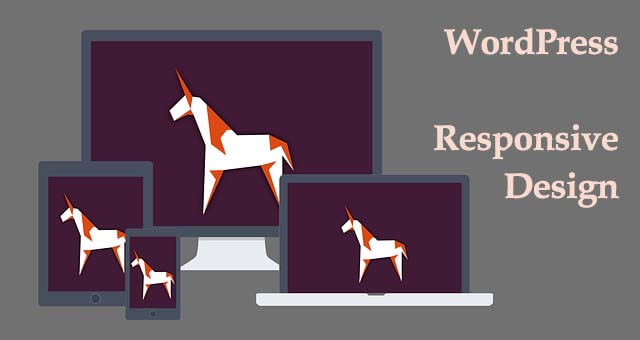 With the whole world getting “smart” (think of smartphones) at an accelerated pace, websites are rapidly going responsive to ensure a convenient browsing experience from the small-screened mobile devices as well. But then there are still some challenges. One of them is the challenge of making the images actually responsive. The fact is the contemporary techniques related to creating responsive images can’t change the file size & just shrink the big picture to befit the small frame that could mean a compromise with picture quality in some cases. The good thing is that WP is presently working on cutting edge solutions to make the images actually responsive for a wide range of screen sizes.

In conclusion, it could be said that with 1 in every 5 websites being powered by WordPress, the popular CMS platform only speaks of a glorious future. In the coming years, we can definitely expect more increased adoption of WP and a more enhanced user base.

Lisa is a designer by profession but a writer by choice and also has a love creativity. She writes almost on all topics. Apart from this she also volunteers for few Animal rescue centers . 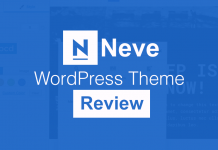 Do you want to know better about Neve Multipurpose WordPress Theme? If… 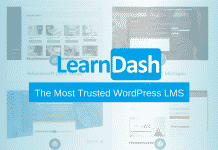 Best Business Models and Add-ons to Scale Your LearnDash LMS

Why is SSL important for your website? Where to find free SSL certificate?

This site uses Akismet to reduce spam. Learn how your comment data is processed. 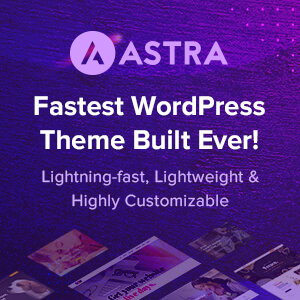 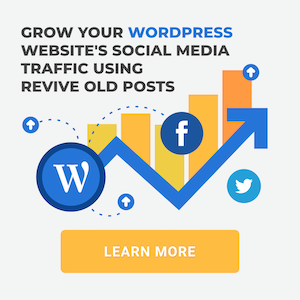 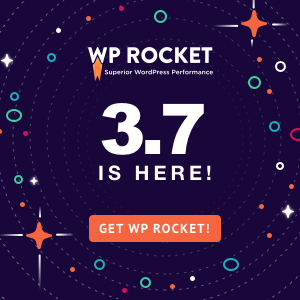 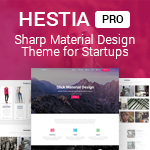 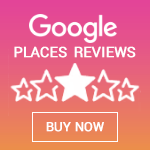 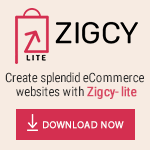 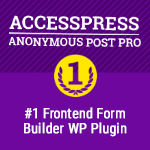 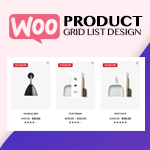 ABOUT US
WPAll is an ultimate WP Club for online WordPress Resources. It is a go-to WordPress resource club where you can get only hand-picked, tested, genuine and carefully written useful information about various aspects of WordPress.
FOLLOW US
© Copyright 2020